Men’s Sheds are similar to garden sheds – a place to pursue practical interests at leisure, to practice skills and enjoy making and mending.  The difference is that garden sheds and their activities are often solitary in nature while Men’s Sheds are the opposite. They’re about social connections and friendship building, sharing skills and knowledge, and of course a lot of laughter.

Sheds are whatever the members want them to be. Although labelled sheds, they often aren’t sheds at all. They can be empty offices, Portakabins, warehouses, garages, and in at least one case, a disused mortuary. Some Sheds are purpose built workshops, but they rarely start out that way. Many don’t have premises at all in the beginning and instead form a group that meets regularly for the social connection, company and camaraderie until they can find somewhere to kit out with tools. Many Sheds get involved in community projects too – restoring village features, helping maintain parks and green spaces, and building things for schools, libraries and individuals in need.

Activities in Sheds vary greatly, but you can usually find woodworking, metalworking, repairing and restoring, electronics, model buildings or even car building in a typical Shed. Sheds typically attract older men, but many have younger members and women too. Whatever the activity, the essence of a Shed is not a building, but the connections and relationships between its members.

Why are they needed?

For a long time research has shown the negative impact of loneliness and isolation on a person’s health and wellbeing. Recently we have seen more evidence come to light that shows loneliness and isolation can be as hazardous to our health as obesity and excessive smoking. Surveys from mental health charities are finding that millions of people report feeling lonely on a daily basis.

Men typically find it more difficult to build social connections than women, and unlike women of a similar age, less older men have networks of friends and rarely share personal concerns about health and personal worries. It is not the case for all men, but for some, when retirement comes, it can feel like personal identity and purpose is lost. Men’s Sheds can change all of that.

Sheds are about meeting like-minded people and having someone to share your worries with. They are about having fun, sharing skills and knowledge with like-minded people and gaining a renewed sense of purpose and belonging. As a by-product of all of that they reduce isolation and feelings of loneliness, they allow men to deal with mental health challenges more easily and remain independent, they rebuild communities and in many cases, they save men’s lives.

A massive THANK YOU! to all of the companies and organisations that have supported us:

Had a brilliant morning yesterday. Linking up with Portstewart be safe be well Men's Shed, http://besafebewell.co.uk/our-sheds/portstewart/I led yesterday's workshop on the games we used to play. As you'll see led to gruesome anecdotes 😂It was good to share my memories through poetry from Tall Tales for Tall Men Who Fall Well Short and the men will be working on their poems to share next week.Michael Wilson will be leading next week's session. ... See MoreSee Less

Hey guys, Just a bit of a shout out... Do you have any budding talented stars within your group who fancy taking part in Whitworths Star in their Eyes Show? We are currently looking for applications to take part so please share the details. Thanks (please delete if not allowed) https://fb.me/e/1mGjeOZ4z ... See MoreSee Less

When this happens, it's usually because the owner only shared it with a small group of people or changed who can see it, or it's been deleted.
View on Facebook
· Share 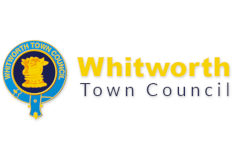 We also use some third-party cookies that help us understand how people use this website. These cookies will be stored in your browser only with your consent.

You also have the option to opt-out of these cookies. However, opting out of some of these cookies may affect your browsing experience.
Necessary Always Enabled
Necessary cookies are absolutely essential for the website to function properly. This category only includes cookies that ensures basic functionalities and security features of the website. These cookies do not store any personal information.
Non-necessary
Any cookies that may not be particularly necessary for the website to function and is used specifically to collect user personal data via analytics, ads, other embedded contents are termed as non-necessary cookies. It is mandatory to procure user consent prior to running these cookies on your website.
Functional
Functional cookies help to perform certain functionalities like sharing the content of the website on social media platforms, collect feedbacks, and other third-party features.
Performance
Performance cookies are used to understand and analyze the key performance indexes of the website which helps in delivering a better user experience for the visitors.
Analytics
Analytical cookies are used to understand how visitors interact with the website. These cookies help provide information on metrics the number of visitors, bounce rate, traffic source, etc.
Advertisement
Advertisement cookies are used to provide visitors with relevant ads and marketing campaigns. These cookies track visitors across websites and collect information to provide customized ads.
Others
Other uncategorized cookies are those that are being analyzed and have not been classified into a category as yet.
SAVE & ACCEPT
Powered by